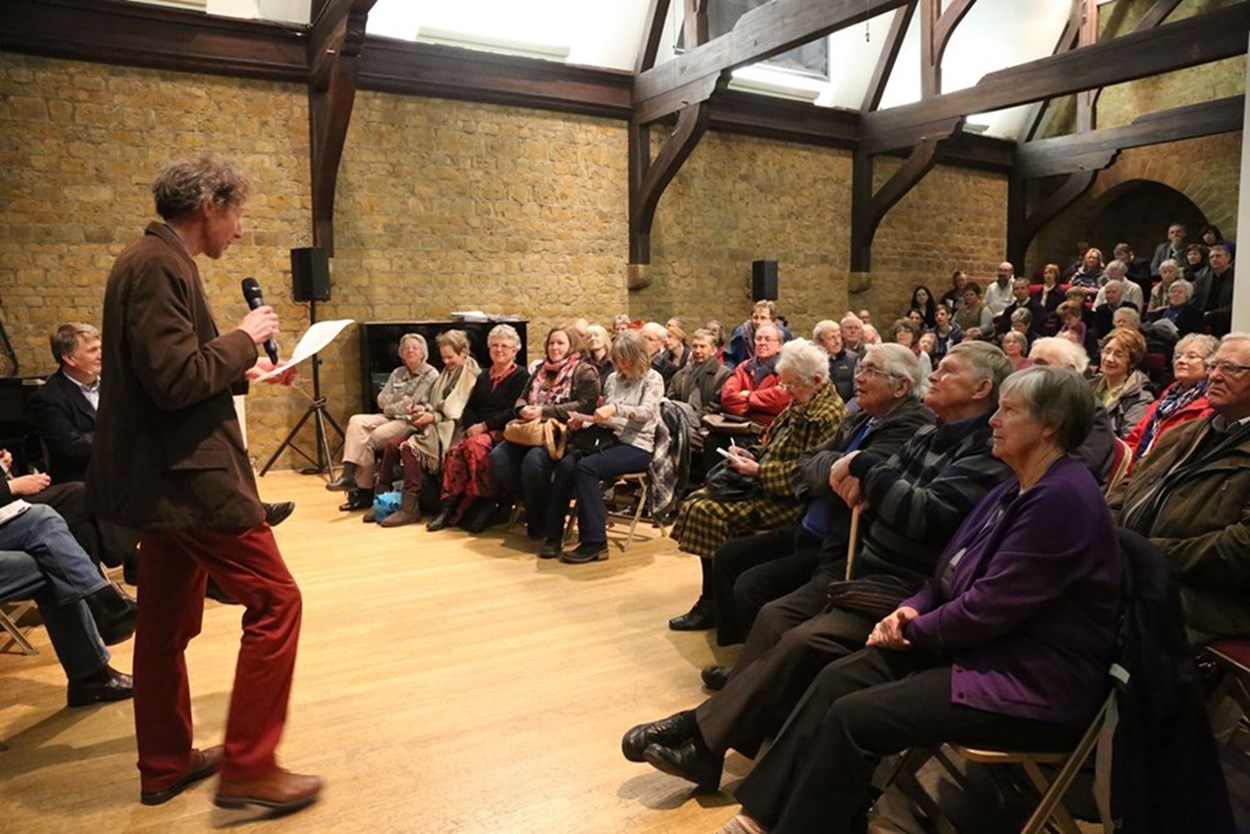 Christian charity and publisher, bookseller and distributor Hymns A&M, today announced that its next (in-person) Church Times Festival of Faith and Literature will be in September 2022 at Christ Church Cathedral, Oxford. The Festival has been held in the village of Bloxham, north Oxfordshire for the past decade.

The Festival – described as a ‘literary festival with a theological slant’ – was founded in October 2011 by Sir Tony Baldry, then MP for North Oxfordshire. Sir Tony, who is a Lay Canon of Christ Church Cathedral, came up with the idea when he was appointed Second Church Estates Commissioner.

From its beginnings at St Mary’s Church, the Festival took place for many years at Bloxham School. Each Festival consisted of between 30 and 40 events and included a diverse range of speakers on fiction and non-fiction, politics and history, poetry and dance, faith and social justice. Past speakers have included P.D. James, James Runcie, Carol-Ann Duffy, Douglas Hurd, Elizabeth Butler-Schloss, Mpho Tutu and the Revd Richard Coles.

A decade on, the Festival team have made the decision to move the event to Christ Church which is already home to the popular biennial Festival of Preaching.

The next full-scale, in person, Church Times Festival of Faith and Literature is scheduled for 11-13 September 2022. Meanwhile there will be a series of online only events for 2021.

On Saturday 20 February there will be a one-day festival with the theme of Light in Darkness.

The speakers are novelists Francis Spufford, talking about his brand new book Light Perpetual, and Rachel Mann on her book The Gospel of Eve. Canon Mark Oakley, Dean of St John’s College, Cambridge will talk about the books that have seen him through the pandemic. Writer Kathy Tiernan will be in conversation with Canon Professor Sarah Foot about her historical trilogy on St Cuthbert, and the day will end with Stephen Cherry, Dean of King’s College, Cambridge, speaking about his Lent book, Thy Will be Done.

Tickets for both events are on sale from Monday 25 January 2021.

Paul Handley, Editor of the Church Times said: ‘It is hard to believe that it is ten years since the very first Festival of Faith and Literature in Bloxham village in Oxfordshire. The festival uncovered a great thirst for the refreshing, radical and beautiful insights into spirituality and faith that authors and poets provide. Leading writers were willing to come – and come back – to have their work sampled, challenged and (usually) applauded by a discerning audience. Above all else, it’s just been such fun. We are very grateful for the warm welcome from Bloxham School and the people of the village. Ten years on though, we feel that the time is right to move on – so from 2022 (when hopefully we can all meet in person) we will move to the heart of Oxford where we can continue to be inspired, comforted and challenged by great writing in spectacular surroundings. I look forward to seeing you there. In the meantime, we’re very pleased to be able to offer some exciting encounters online.’

Canon Sarah Meyrick, Public Engagement Manager at Christ Church, said: ‘From Alice in Wonderland to Harry Potter, Christ Church is resonant with literary associations which means it’s the perfect location for an event that’s all about the wonder of books. We’re really pleased to be adding the Festival to our public engagement programme here at the Cathedral, and very much look forward to this exciting new chapter.’

In more events news, Church Times is pleased to confirm a further expansion of its online events programme for early 2021. Preaching in Lent, Holy Week and Easter is to be held on 9 February and will feature a sparkling range of speakers including Sam Wells, Jane Williams and Luigi Gioia. The popular free Festival of Pilgrimage has also confirmed a further day on 22 March.

How to Rage: theology, activism and the church will be held this weekend – Saturday 30 January, tickets still available.

For full details on our events programme visit     churchtimes.co.uk/events

Hymns Ancient & Modern Ltd is the commercial arm of the Christian charity. Via book and newspaper publishing, bookselling and distribution, it generates funds in order to fulfil its charitable purpose of making grants to churches and Christian organisations. It publishes around 100 books per annum in print and digital formats via imprints SCM Press, Canterbury Press, Church House Publishing (under arrangement with the Archbishops Council) and Saint Andrew Press (under arrangement with the Church of Scotland). It also publishes the Church Times and other periodicals, owns leading religious bookshop Church House Bookshop and distribution centre Norwich Books and Music. Hymns A&M employ 65 staff in London and Norwich. www.hymnsam.co.uk

Christ Church, established by Henry VIII in 1546, is a unique foundation of College and Cathedral. It is home to some 650 undergraduate and postgraduate students and over a hundred Senior Members. Christ Church occupies a 150-acre site in the heart of Oxford, including the Meadow, a tranquil area of pasture, preserved for centuries and bounded by the Rivers Isis and Cherwell. http://www.chch.ox.ac.uk/

Back to News & Events